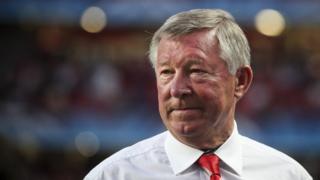 Sir Alex Ferguson praises the goal from Ryan Giggs which gave Manchester United a 1-1 draw at Benfica. The 37-year-old broke his own Champions League record as the oldest scorer in the competition.

United fell behind to a sharp turn and finish from Paraguayan Oscar Cardozo in the 24th minute but hit back shortly before the break when Giggs' run created space for a left-footed drive.

The Welshman overtakes Raul by becoming the only player to score in 16 seasons of the tournament.