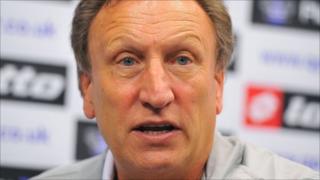 No pay rise for Taarabt - Warnock

QPR boss Neil Warnock says talisman Adel Taarabt will have to wait for a new contract, insisting he will have to "join the queue".

The former Sheffield United manager warned that nobody would be getting a new deal before Christmas.

Taarabt did hold talks with Paris Saint-Germain during the summer but remained at QPR after they refused to sell him.

Watch: Masters semi-finals - Yan pulls to within a frame of Bingham

EFL: Cardiff pull one back against Norwich, Watford and Forest both 2-0 up