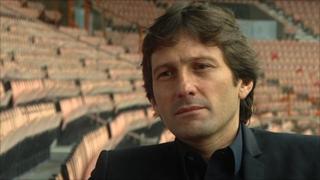 The Brazilian says a city like Paris should have a football team competing with the best in Europe and hopes the current "project" since the club's Qatari takeover can help PSG achieve those aims.

Watch BBC1's Football Focus on Saturday, 17 September at 1215 BST for its special report on Paris Saint-Germain