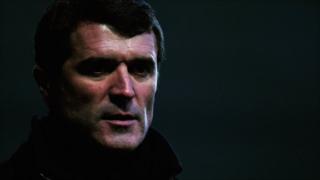 Former Manchester United player Roy Keane talks to Radio 5 live's Garry Richardson, giving his thoughts on the current crop of players at Old Trafford and the impressive start they have made to the season.

The former Republic of Ireland international says he thinks Sir Alex Ferguson's side will continue to get "stronger and stronger".

Keane also admits he made mistakes while in charge at Ipswich and reveals he is keen to make a return to management.