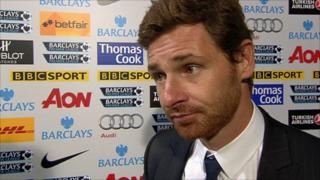 United led an astonishing game 3-0 at half-time through Chris Smalling's header, a Nani drive and Wayne Rooney's 11th goal of the season. Torres' scored Chelsea's goal in the 46th minute, only his second for the club, before his horror miss.

The victory keeps Manchester United top and maintains their 100% record in this season's Premier League, with Chelsea five points back in third.