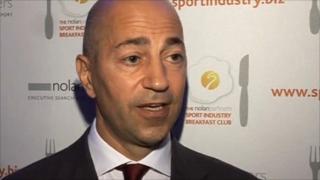 In a wide-ranging interview with BBC Sport's Dan Roan, Arsenal chief executive Ivan Gazidis backs manager Arsene Wenger, despite the club's poor start to the season, and says the club is not in crisis.

The Gunners have won just one of their opening four Premier League fixtures, losing the other three - their worst start to a season since 1953 - while Cesc Fabregas and Samir Nasri left in the summer, with Mikel Arteta, Yossi Benayoun and Per Mertesacker arriving at the Emirates.