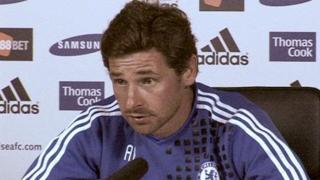 Chelsea manager Andre Villas-Boas admits he was "very very unhappy" with the performance of the officials in his side's 3-1 defeat away at Manchester United and reveals he has made a complaint.

The Portuguese admits they "expected to win" at Old Trafford and believes the performance of the officials had a decisive impact on the game, saying he expects the linesman to "do his job".

Ahead of his side's Carling Cup third round match against Fulham, the former Porto manager also reveals his plans to play a young team in the competition but says he believes they have the quality to win the trophy.