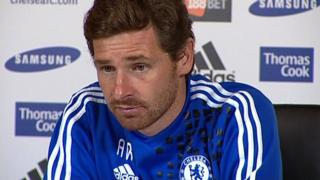 Chelsea manager Andre Villas-Boas applauds the philosophy that Brendan Rodgers has instilled at Swansea as the pair, colleagues as part of Jose Mourinho's backroom staff at Stamford Bridge, prepare to meet in the Premier League on Saturday.

The 33-year-old Blues boss also believes that Chelsea were the better team in last weekend's 3-1 defeat to Manchester United and attacks those that criticised their 'naivety' in that match.