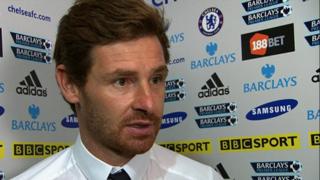 Chelsea manager Andre Villas-Boas says he accepts the referee's decision to send off striker Fernando Torres for a two-footed lunge in Chelsea's 4-1 win at home to Swansea.

The £50m striker opened the scoring but then received a straight red card for his first-half challenge on Mark Gower, but Ramires's two goals from midfield and a late strike from the returning Didier Drogba ensured a Blues victory.