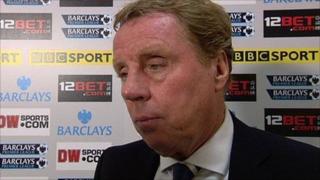 Harry Redknapp is disappointed with his side's defending despite their 2-1 win at Wigan, saying it was a "sloppy goal" that let the hosts back into the game.

A strike from Rafael Van der Vaart and Gareth Bale's header earned Spurs a two-goal lead and "complete domination" according to Redknapp, before Mohamed Diame gave Wigan hope with a goal early in the second half.

Spurs have now recorded their third win in a row, and Redknapp believes his squad has the makings of "a real good team".