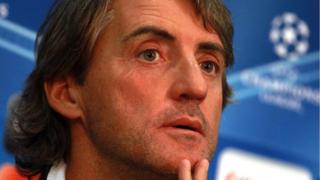 Manager Roberto Mancini sets a target of 10 Champions League points for his Manchester City side as they face Bayern Munich at the Allianz Arena in their second game in Group A.

City took only a point from their group opener, a 1-1 home draw with Napoli, whilst four-times European champions Bayern won 2-0 away at Villarreal.

With Mario Balotelli suspended, Carlos Tevez could make only his third start for the club this season having been an unused substitute in City's 2-0 Premier League win over Everton at the weekend.