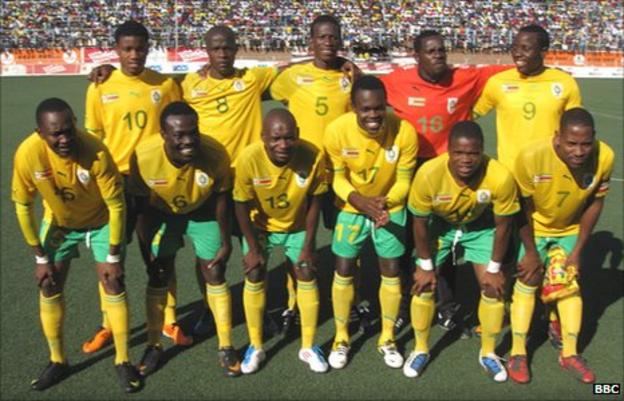 Zimbabwe will go into their decisive 2012 Africa Cup of Nations qualifier against Cape Verde without a training camp at home.

The break from tradition comes because of the high cost of the lengthy trip to Cape Verde and because only three squad members are based in Zimbabwe.

Coach Norman Mapeza and the home-based trio will leave Harare on Monday to join the Warriors' South Africa-based contingent in Johannesburg.

They will arrive in Praia on Tuesday.

Zimbabwe's Europe-based players will make their own way to Cape Verde, and Mapeza will have the unusual situation of conducting all of his preparations for the game on the opposition territory.

"Cape Verde are good guys and we know that they will give us good facilities for our preparations."

Both teams are in a situation where only an outright win on 8 October will give them a chance of topping Group A, and so qualifying automatically for the 2012 finals.

Group leaders Mali, whose nine points are one more than Zimbabwe and two better than Cape Verde, play away to a Liberian side who can no longer qualify for the tournament.

The 2012 Nations Cup will run between 21 January and 12 February in Equatorial Guinea and Gabon.