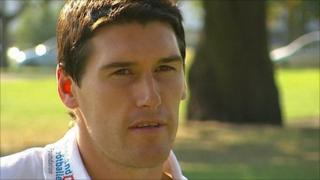 Gareth Barry says England must not feel constrained by their past but adds that they need to learn lessons from the 2010 World Cup.

They were widely condemned after a meek exit in South Africa at the hands of Germany, and were below par throughout the tournament.

The Manchester City midfielder says international players expect criticism and accept that it comes with the job. He believes the key to being a top performer is to prove the doubters wrong.

England continue their Euro 2012 qualifying campaign when they take on Montenegro on Friday in their final game in Group G.