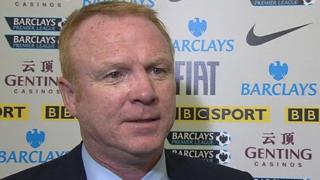 Alex McLeish believes that increased competition for places is part of the reason behind Aston Villa's "great performance" in the 2-0 win over Wigan.

McLeish is fulsome in his praise of opening scorer Gabriel Agbonlahor, who the Scotsman says is responding to the "faith" shown in him by the new management team at Villa Park.