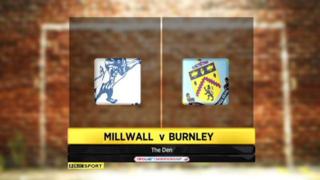 Dany N'Guessan fires Millwall's best chance of a disappointing half wide but they show far more purpose in the early stages of the second half, with Henry's threatening shot blocked and substitute Marquis being denied a leveller by an assistant referee's flag when he slides the ball into the net.