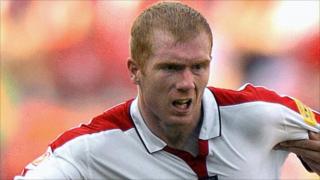 Former Manchester United and England international Paul Scholes reveals the factions between players from different clubs during his England days admitting that there was "no love lost".

The United legend, who retired from the game this summer, reflects on his time at club and international level, his career highs and lows whilst defending his much criticised tackling.

Scholes made 676 appearances for Manchester United scoring 150 goals and retired from England duty in 2004 having collected 66 England caps and scored 16 times.

Paul Scholes was speaking to Radio 5 live Sport. You can listen to other 5 live highlights on the Best Bits page.