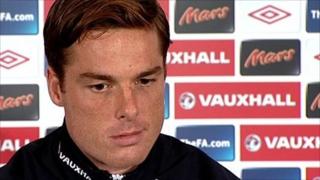 Tottenham midfielder Scott Parker says players and fans should not have to tolerate abusive comments and urges the game's authorities to deal with those responsible for offensive chanting during the north London derby between Arsenal and Spurs at the weekend.

Tottenham's by some Arsenal fans about the Togo team being attacked before the Africa Cup of Nations in 2010.

Parker is with the England squad ahead of their Euro 2012 qualifier against Montenegro on Friday.