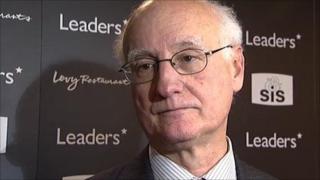 No decision made on Chelsea move - Buck

Chelsea chairman Bruce Buck tells BBC sports news reporter Matt Slater that the club do not have to move from their current home Stamford Bridge.

Buck was speaking after the club made a bid to buy back parts of Stamford Bridge from Chelsea Pitch Owners, a group of fans and investors formed in 1993 to prevent the ground being bought by property developers.

The American denied Chelsea have to move in order to meet Uefa's financial fair play rules.