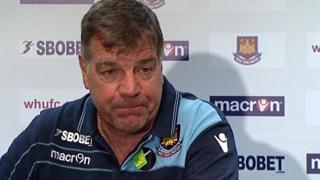 Championship is only option for Tevez - Allardyce

West Ham manager Sam Allardyce admits the club have an outside chance of signing Carlos Tevez from Manchester City on loan until January.

Allardyce believes the Championship is the "only option" for the Argentine striker, if he decides he wants to play first-team football, but admits he may be too good for that level.

Tevez returned to Man City on Thursday having served a two-week ban for allegedly refusing to play against Bayern Munich in the Champions League last month, but the 27-year-old still faces disciplinary proceedings.

Watson one of 47 in Melbourne quarantine