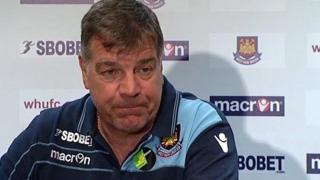 West Ham manager Sam Allardyce believes England should get through the Euro 2012 group stages, even without striker Wayne Rooney.

The Manchester United striker has been handed a three-match ban for the red card he received in England's 2-2 draw in Montenegro, meaning he will miss all three of his country's group games at next year's finals in Poland and Ukraine.

Allardyce, speaking before the ban was announced, says his behaviour is part of his character but believes he has matured over the past few years calling the latest incident a "blip".