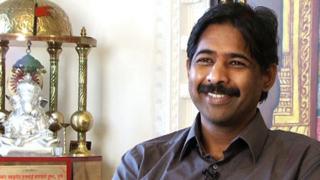 Blackburn co-owner Venkatesh Rao tells Football Focus that manager Steve Kean has "101%" support to pull the club from the depths of the Premier League after their poor start to the season.

Rao, whose multinational firm own 198 companies including poultry producers Venky's and Rovers, says good results will keep the Ewood Park fans happy and describes it as a dream come true to own such a "prestigious" club as Blackburn.

The Indian businessman says the club is already becoming a big name in his homeland and maintains that it is his family's mission to uphold the legacy of former Rovers owner Jack Walker.

'One of India's greatest ever wins'