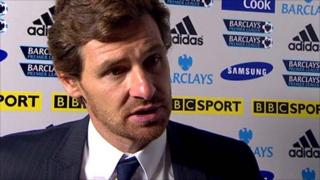 Chelsea manager Andre Villas-Boas is pleased with the "control" that his side exercised in their 3-1 home win over Everton.

The win maintains the Blues 100% home record in the League as they remain third.