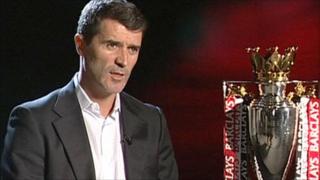 Keane on player power, Tevez and the art of 'nailing people'

Roy Keane talks in depth to BBC Sport's Colin Murray about how he still has days when he would "give anything" to play in another Manchester derby - a game he feels is more about "trying to shut people up" than winning three points.

The former Manchester United and Republic of Ireland captain also gives his views on Carlos Tevez, Roberto Mancini, player power, who he believes will be United's next big leader and the lost art of "nailing people".

Premier League: Reaction as Liverpool lose at home to Burnley