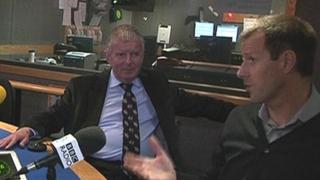 Motson believes United's defence is in a "state of flux" and the defeat was "an accident waiting to happen", while McGarry says City were just too "incredible and at the top of their game".