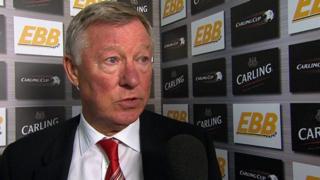 United's opener came on 15 minutes with Berbatov neatly finishing a flowing move before the Bulgarian laid on the second for Owen. Valencia completed the scoring shortly after half-time with a 25-yard strike.