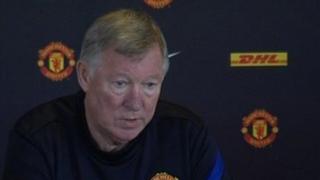 Ferguson believes the former Toffees striker has had some "good moments" for United at Goodison Park in the past and hopes he does so again.

The United boss is also hoping for a performance that shows his side have recovered from the disappointment of last weekend's heavy defeat to rivals Man City.