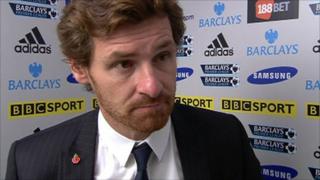 Chelsea must be cold-blooded - Villas-Boas

Chelsea boss Andre Villas-Boas says the eight-goal thriller with Arsenal was a "good spectacle" but that his side should have been "cold-blooded" in a game "fuelled by emotions", as Arsenal edged a pulsating match 5-3 at Stamford Bridge.

The Portuguese manager pledges to work on things his side "can and should improve", stating they left themselves "exposed" after a poor start to the second half as the West London side fell to a second league defeat in a row.