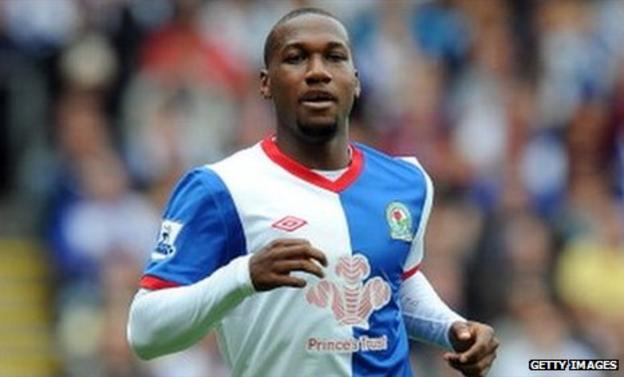 Blackburn manager Steve Kean says he will attempt to speed up contract negotiations between the club and forward Junior Hoilett.

The Canadian's current deal expires at the end of the season.

The Rovers boss told BBC Radio Lancashire: "I was told that the directors were dealing with that.

"I don't know what stage it's at. I'm having a meeting with [sporting director] Simon Hunt to see where we are with his representatives."

He added: "I'll also speak to Junior to find out where we're at because we need to be pushing this over the line."

Hoilett has played a key role in Rovers' first team since Kean succeeded Sam Allardyce as Rovers manager in December 2010.

The forward scored his first goal of the season in last week's 3-3 draw with Norwich City.

Kean added: "I thought all terms and conditions were agreed. That's what I was led to believe so I don't know what stage it's at."

The 21-year-old, who can operate as a wide player or as a central striker, has been with Blackburn since the age of 13 but has been linked recently with moves to Newcastle and Tottenham.

Kean says he will not contemplate offers for him during the January transfer window.

He said: "We'd like to think that it can get done. I don't see why it can't be because everything that has been put in front of the club has been negotiated and I thought we'd got to a place where it was almost done.

"I don't know why it's gone backwards, but I don't want to think about that."