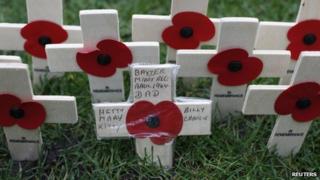 Fifa has rejected the Football Association's renewed plea for England players to be allowed to have embroidered poppies on their shirts for Saturday's friendly with Spain at Wembley.

The world football governing body says accepting such initiatives would open the door to similar requests from all over the world, jeopardising the neutrality of football.