Steve Morison insists qualifying for the 2014 World Cup in Brazil is more important than his Olympic ambition.

Wales team-mates Aaron Ramsey and Gareth Bale have been photographed in a Team GB shirt after admitting a desire to play at the 2012 London Games.

Wales will arrange their 2012 World Cup qualifying fixtures in November and the campaign may start on 22 August, 11 days after the Olympic football final.

"Everyone knows that, everyone believes that. Obviously that's the priority."

The Football Association of Wales, along with its Scottish and Northern Irish counterparts, fears a British team threatens their independence as football nations. 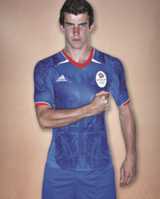 Wales were drawn in World Cup qualifying Group A with Scotland, Croatia, Serbia, Belgium and Macedonia.

They begin preparation for the 2012 World Cup on Saturday as they host Norway in a friendly at the Cardiff City Stadium.

And Wales manager Gary Speed has used the time with his players this week to explain why the FAW is against its players participating in a Team GB at the Olympics.

But Speed has previously admitted he cannot prevent his players from representing Great Britain should they wish.

"You want to play in all games of football and it's another opportunity to do that," said the 28-year-old.

"The FAW's stance is pretty clear and it's up to the players what they want to do.

"I think the players will respect what the FAW and the people of Wales want."

A Wales supporters' group is planning a protest during Saturday's Norway friendly to urge Wales players not to play at the Olympics.

But despite the controversy Morison does not believe Bale and Ramsey will be singled out.

"They are our best players," said Morison.

"You don't want to be reacting because we need them and they [the fans] need them."