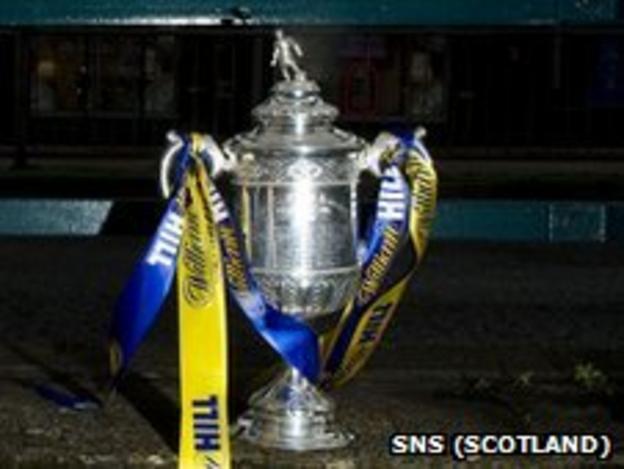 The match on Saturday 7 January will be shown on BBC One Scotland, with the programme starting at 1215 GMT, kick-off 15 minutes later.

First Division Dundee reached the fourth round with a 2-1 win over Stirling Albion.

Scottish Premier League Kilmarnock enter the tournament at this stage.