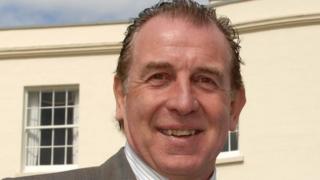 The Irish FA's elite player mentor Gerry Armstrong says that the playing of God Save the Queen at Northern Ireland internationals is being advanced as a reason why some players opt for the Republic of Ireland.

Armstrong said that the issue was brought up "on several occasions" when he held discussions with prospective Northern Ireland players.

"I do think it's something that needs to be talked about. Where it goes, I just don't know," added Armstrong.