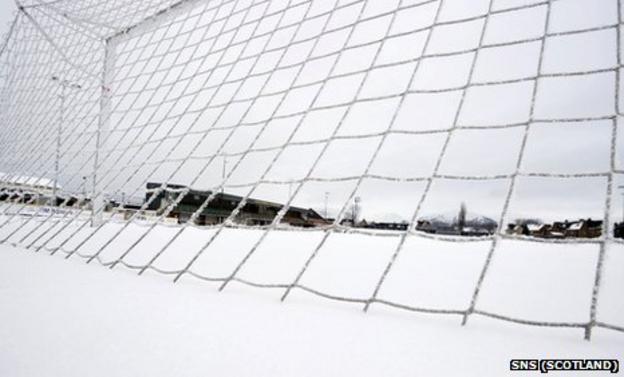 Three of Tuesday's four Scottish Football League matches have been postponed due to the freezing weather.

In the Third Division, Queen's Park v Clyde has been called off, as has Peterhead's trip to Elgin City.

Forfar's Second Division game against Stirling Albion is also off because of a frozen pitch at Station Park.

Annan Athletic's game against Stranraer goes ahead despite earlier concerns that the pitch may have been frozen.