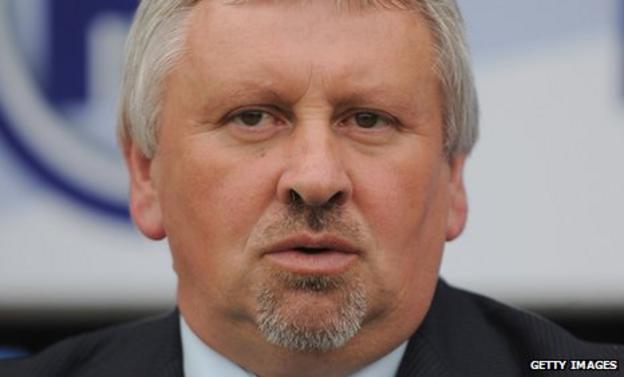 Southend United boss Paul Sturrock says he has written off his side's cup exits in order to focus on winning promotion.

The Shrimpers have been knocked out of the FA Cup and Johnstone's Paint Trophy by Oldham and Swindon respectively in the last 10 days.

Tuesday's loss at the Latics was soured even further when Sturrock criticised the discipline of Bilel Mohsni.

"As far as I'm concerned Oldham did not happen. I am now a league manager," he told BBC Essex.

"If you want to discuss the future of this football club I'm quite happy to do so.

"We're out of the cups. The one important thing to do now is to promote this team. We can only do that by winning league games."

Tunisian midfielder Mohsni was sent off within 40 minutes against Oldham and Sturrock expressed his concern over the 24-year-old's discipline.

The Shrimpers manager has confirmed the defender will be punished by the club.

"Mohsni's a signed and registered player," he said. "He will be penalised how any other player would be under the internal rules and regulations of this football cub.

"The club will internally discipline Bilel."

When asked whether Mohsni had attended training on Thursday, Sturrock said: "I would hope to think so. Most people go to work and get paid.

"If he's not then that's another discipline problem."