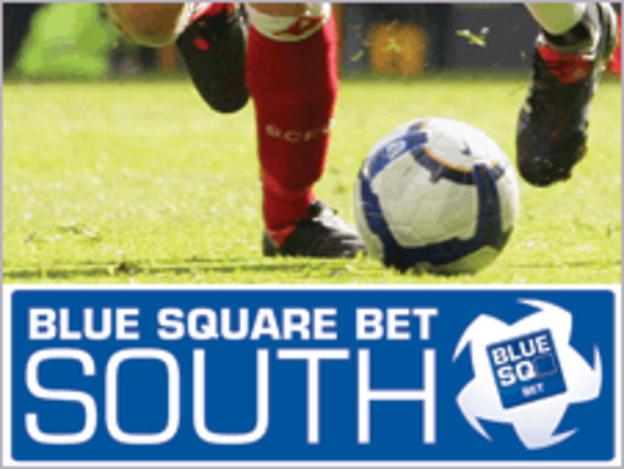 After twice being behind the Wings went 3-2 ahead through Luis Cumbers, who scored twice, and Andy Pugh before Sutton scored twice to win the game.

"It was end-to-end with lots of goals but to go 3-2 up and lose 4-3 I'm a bit disappointed," said Welling manager Jamie Day.

"Woking and Dartford have drawn so not much ground made on us," he added.

Dartford needed a late goal from Danny Harris to draw 1-1 with Dorchester which keeps them third while Dover Athletic are now only two points off the play-offs thanks to a 3-0 win away to Staines Town.

Billy Bricknell, George Purcell and an own goal gave Dover their second win in a row.

Cray Wanderers' 2-0 win away to Wingate and Finchley means they are just one point off the Ryman Premier Division play-offs, while Folkestone's 1-0 win away to Whitehawk means they have won their last four league games.