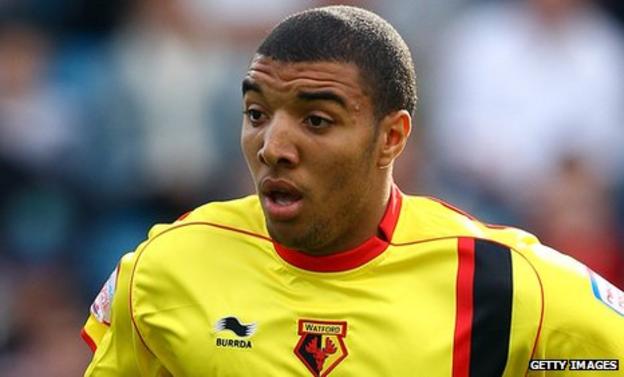 Watford striker Troy Deeney says nobody at Vicarage Road was ever concerned by their slow start to the season.

The Hornets were floundering in the Championship relegation zone in mid-October but have climbed the table courtesy of a six-game unbeaten run.

"It was only outsiders who were getting worried. We weren't worried inside," Deeney told BBC Three Counties Radio.

"With so many players coming in it's starting to gel. We're looking like a team and playing some good stuff."

Deeney, 23, has linked up with fellow forward Marvin Sordell in the Hornets' last two outings, helping Sean Dyche's side to draws against Leeds and Blackpool.

Watford showed resilience to take a point from Bloomfield Road, with the front pair causing problems for the Seasiders' back four.

"Me and Marvin are starting to share a decent partnership and long may that continue," Deeney added.

"Their two centre-halves said after they were blowing hard at half-time. That's a nice compliment for us.

"Everyone is starting to take note of what we're doing and what we're about."

Former Watford boss Malky Mackay - the man who brought Deeney to Vicarage Road from Walsall - brings his Cardiff side to his old club for the first time on Monday.

"Hopefully we can get three points and start shooting up the table."