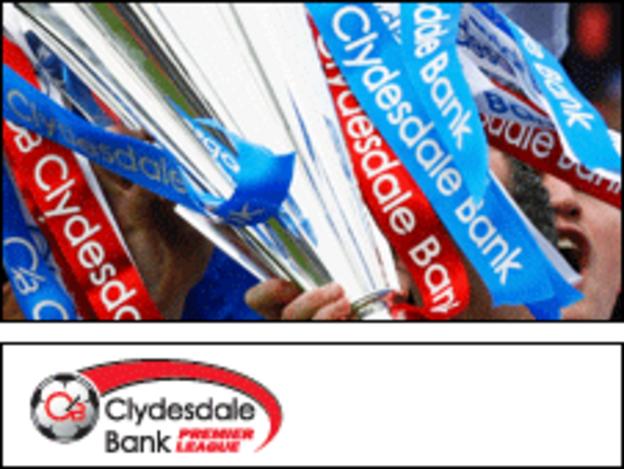 Slush and snow on the pitch has forced the postponement of the Scottish Premier League game between Inverness and St Johnstone.

It follows a pitch inspection at Caledonian Stadium at 1115 GMT, just short of three hours before kick-off.

The call-off denies Saints the chance of moving into third place ahead of Motherwell, who kick-off against Rangers at 1500.

Inverness will remain in 10th no matter the results in the other five games.

Hibernian, who face Edinburgh rivals Hearts, are four points adrift of Caley Thistle, with Dunfermline Athletic, who take on Celtic, a further point behind.

The game at Caledonian Stadium became the second match to be lost to Scotland's Monday fixtures.