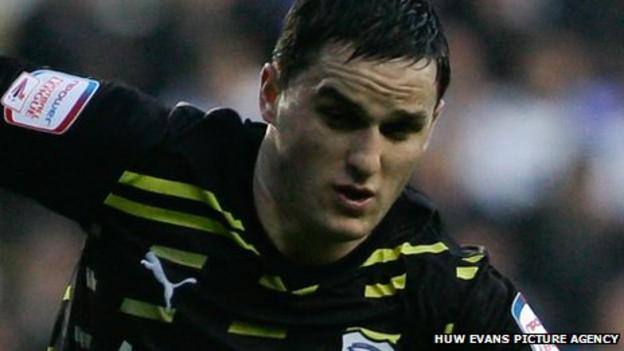 Mackay made 10 changes as Cardiff bowed out at the third round stage following a 4-2 defeat.

"You've got to rotate it a wee bit because it's a lot for the guys to play every single game," he said.

"It shows a lot of strength in the squad and we can practically change the full team and come here and play a Premier League side."

Following two games in three days against Nottingham Forest and Reading, Mackay defended his decision to make wholesale changes for the trip to the Hawthorns

"We've played an awful lot of football recently, in particular with those two games in three days, which is ridiculous," said Mackay. "I can understand it, but it is ridiculous.

"The group that played in those games were involved in an awful lot of football, and there were a couple of knocks and bruises.

"It meant the ones that were involved for this match got themselves a game, and they didn't let themselves down.

"Now we have an eye on Tuesday. There was nothing before this game because otherwise, in going to a Premier League team, if you don't take it seriously then you come away with a real whipping.

"That didn't happen, and now we turn our attention to Tuesday and Selhurst Park."

And Mackay was right to ring the changes according to midfielder Conway, who started against West Brom.

"We've done well in the Carling Cup, we've had a lot of games," added the former Dundee United player.

"We've got a massive game on Tuesday so it gives the ones that are obviously going to be involved on Tuesday a wee rest.

"We're all good players. You've got to adjust to that and sometimes that happens, especially in the Championship.

"Everybody's got a chance to show the manager what they can do."

Having started at the Hawthorns, Conway hopes to be involved in Tuesday's Carling Cup semi final first leg against Crystal Palace at Selhurst Park.

The Scottish midfielder is confident Cardiff can overcome Dougie Freedman's side and book their fourth visit to Wembley in four years.

Cardiff, who have beaten five sides to reach the semi-final stage of this season's Carling Cup, have injury concerns over defender Kevin McNaughton and striker Rudy Gestede.

"It's a massive game," said Conway. "[It's] a great chance to get into a final against another Championship side over two legs.

"It will be tough away to Crystal Palace but we're confident. We've been doing really well in the league and obviously [the] Carling Cup.

"Hopefully we can go and get the right result at Crystal Palace and then come back to our ground for the second leg."