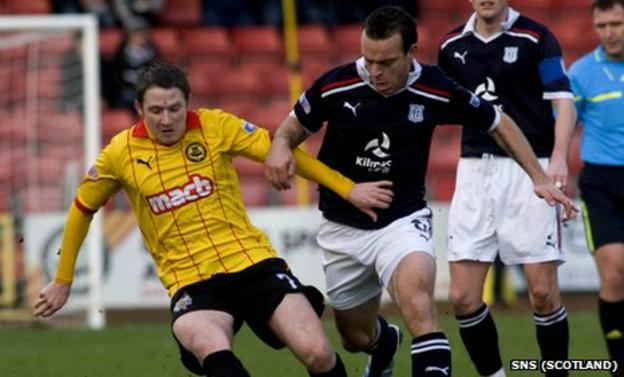 Partick Thistle drew with Dundee as both sides missed the chance to fully take advantage of Ross County's inactivity.

With , there was an opportunity for both sides at Firhill to significantly cut the First Division leaders' advantage.

Ryan Conroy had a late chance for the visitors but Fox held onto the Dundee man's free-kick, with the Dens Park side now three points behind Ross County and Thistle 10 off the leaders.