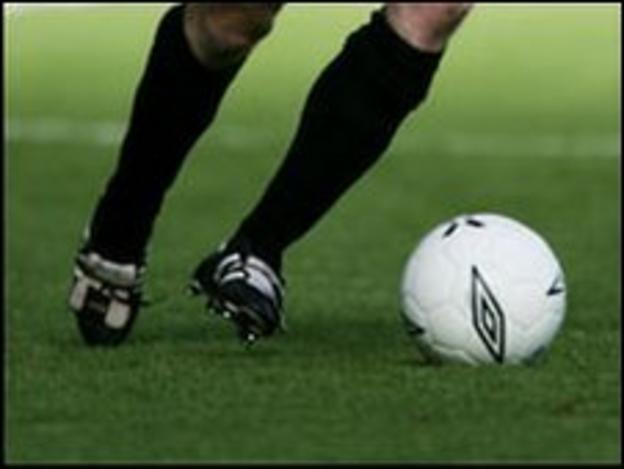 Welling United remain in the Blue Square Bet South play-off race after a 1-1 draw with Chelmsford.

The Wings had to play a quarter of the game with 10 men after player-manager Jamie Day was sent off for a rash tackle.

Assistant manager Barry Ashby told BBC Radio Kent: "I don't think there was any intent, the ref was far too quick to bring the card out."

"After going down to 10 men we're happy with a point."

Welling are still third but have lost ground on the leaders Woking and sit 14 points behind them.

Dartford are still 11 points off the lead with two games in hand after a comprehensive 6-0 win over Thurrock. Elliot Bradbrook celebrated his 27th birthday with two goals to make it six straight wins.

Hakeem Araba scored twice to help take his side out of the relegation zone.

Manager Mark Goldberg said: "It was a long time waiting. We've deserved more than we've got out of games recently but we needed a win today. In all honesty our win did not flatter us."

"I tried to keep loyal to players who are young, you have to give them as much chance as possible, but I think our cup run gave us a false sense of security. We went on an awful run, sticking with the players I was sticking with wasn't working.

"We started to introduce a bit of quality and experience and it's started to pay off. What we need to do is avoid relegation at all costs and hopefully we're on our way to doing that."

Dover Athletic drew 1-1 with Salisbury to remain eighth. Glen Southam scored for Dover in the second half.

Elsewhere, Margate conceded two late goals in a 2-1 defeat by Carshalton to end a five-match winning run in the Ryman Premier Division, Maidstone United moved to fourth in Ryman South after beating Whyteleafe 2-0 and almost a year to the day since their last league defeat, Kent league leaders Herne Bay lost 2-1 to VCD Athletic ending a run of 32 matches without being beaten.