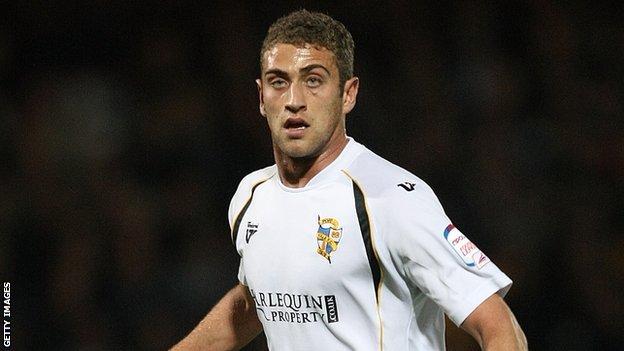 Port Vale's Ben Williamson believes most League Two teams still have a chance of promotion because of the inconsistent nature of the division.

Successive wins over Rotherham and Plymouth have put Vale within two points of seventh-placed Oxford.

"We've been seeing some shock results," the striker told BBC Radio Stoke. "Teams down the bottom are fighting and teams at the top are dropping points.

"If you hit a good run, who knows where you'll be at the end of the season."

The 23-year-old added: "At the end of the day, you've just got to look after yourself on a Saturday, get your three points and keep pushing on."

Port Vale's next game is away at fifth-placed Shrewsbury on Saturday.

Williamson, who is on a season-long loan from Hyde, scored his only two Vale goals to date in a 3-2 defeat by Graham Turner's side at Vale Park in September.