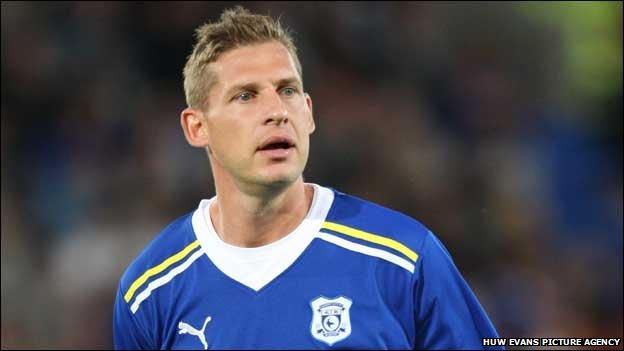 The 30-year-old centre-back, whose Bluebirds deal was due to expire in the summer, had made just two Carling Cup appearances for Cardiff this season.

Gyepes had played 74 times for Cardiff since signing from Northampton in August 2008 for approximately £200,000.

"The club would like to place on record its appreciation and best wishes to Gabor," said a Cardiff statement.