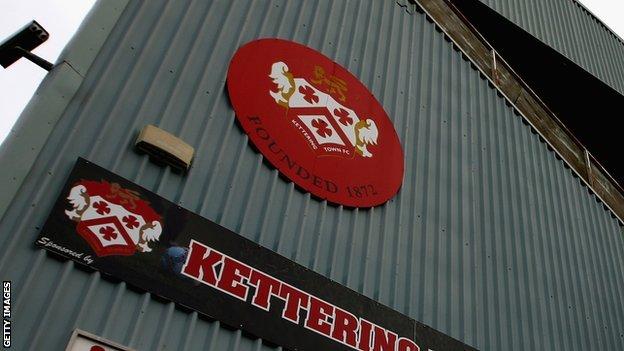 Kettering Town say they have opened up legal proceedings against DRC Locums in an attempt to claim sponsorship money they believe they are owed.

Poppies chairman Imraan Ladak, the former chief executive of DRC, says the club are due £237,600.

DRC reject the claim, arguing the sponsorship deal was cancelled following Ladak's departure from the company in early 2011.

But Kettering say the arrears are from before the termination of the deal.

The club initially believed it was owed £421,335 by DRC Locum, a company that provides staff for the NHS, but their legal claim is for a sum of almost £200,000 less.

The Poppies have not paid their players' wages in full and on time since October and are the subject of a winding-up petition from HM Revenue & Customs on Monday, 6 February.

They will be deducted three points by the Football Conference if they fail to pay football creditors by 28 February.