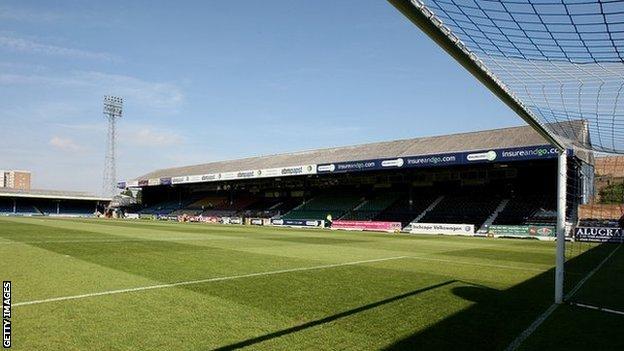 Brady, who was appointed in December 2010, has taken on another job outside football.

Chairman Ron Martin told BBC Essex: "I know he had a difficult year, I don't think football was as exciting to him as perhaps he first thought.

"I'm disappointed because we had a plan between us and I thought he would grasp it, and run with it, but he hasn't."

Martin confirmed that Brady will be paid back the money he invested in the club when he joined.

"A lot of people think that Tara was an investor in a much bigger way than he actually was," Martin added.

"He invested £150,000 and will now require that back. It costs me nearly £100,000 every single month to run this club so we will discharge Tara's investment in the coming weeks."

Martin went on to say that he has a replacement for Brady lined-up.

"I had already had discussions with somebody, actually before Tara started, and he couldn't take the mantle at that time, but he's now prepared to," he said.

"We'll be making an announcement on that in a day or two."

Meanwhile, re-submitted plans for Southend United's new stadium and Sainsbury's proposals to build a store at the club's current Roots Hall home were approved by Southend Borough Council on Tuesday.

But Martin says it will still take some time for the development to go through.

"It could be 18 months before we are ready to go, it won't take more than 16 months to build phase one when we do get on site," he explained.