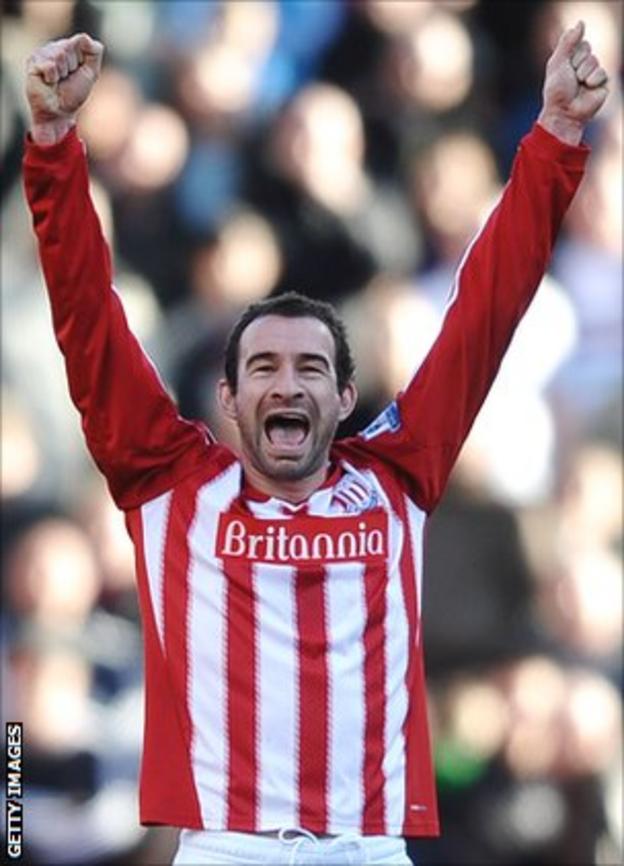 Danny Higginbotham has said his main focus is on helping Nottingham Forest escape relegation and not on his future with parent club Stoke City.

The 33-year-old defender joined the Championship strugglers on loan for the rest of the season on Tuesday.

"At this moment in time I'm a Stoke player but I'm going to Forest now and that's what I'm concentrating on," he told BBC Radio Stoke.

"I wish them well for the rest of the season but my main concern is Forest."

Higginbotham, who was out of action for seven months with a serious knee injury last year, has not featured for Stoke since the Europa League defeat to Besiktas on 14 December.

"I'm a footballer and I want to play football, but I've not been doing that," he continued.

"Although I've been contracted to Stoke, in the last few months I've not really been a Stoke player.

"As a footballer, if you're not playing and you're not frustrated about it and you're happy to pick your money up, there are issues there.

"I'll never be a player that's happy to do that. Spending my Saturdays without a game has been very difficult for me.

"I've been very fortunate to have had a career in football. I want it to continue as long as possible and hopefully I can do well over these next few months."

Higginbotham, who could make his debut against former club Derby on Sunday, said his main focus is on making sure Forest avoid relegation.

A 2-0 home defeat by Burnley on Tuesday leaves Steve Cotterill's side second from bottom in the Championship and five points adrift of safety.

"It's a chance for me to go out and get games," he added. "I've not been involved here at all really since the last Europa League game so it's been a frustrating time.

"They've got some good players there [at Forest]. I'm looking forward to going there and hopefully being able to help them out."