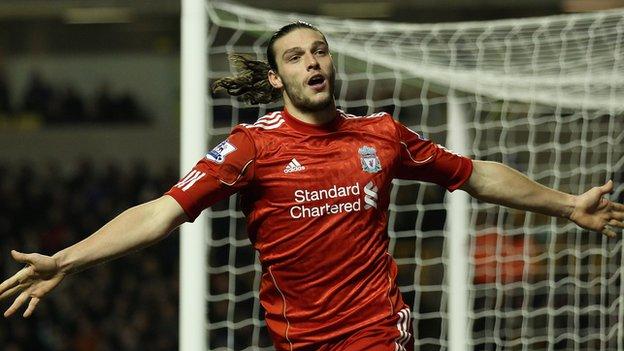 Liverpool midfielder Jay Spearing believes striker Andy Carroll will prove he is a big asset to the side.

Carroll, who joined from Newcastle for £35m a year ago, scored his seventh goal for the Reds in Tuesday's 3-0 win over Wolves at Molineux.

"He showed against Wolves what he's capable of doing for this club," Spearing told BBC Radio Merseyside.

"It was just a matter of time before it came out onto the pitch. Hopefully he can carry that on."

Liverpool's victory over Wolves takes Kenny Dalglish's side to fifth in the Premier League, just four points behind Chelsea.

But if the Reds are to keep progressing up the league and get the best out of Carroll, Spearing believes they must play to the England international's strengths.

"We're a team that likes to play our football," added Spearing. "But because he's a big man up front, we can't just ping the ball up high and expect him to cause all sorts of problems.

"If we're in trouble, he can do that, but he's also great with his feet. He showed it again against Wolves with some good turns and he can finish as well."