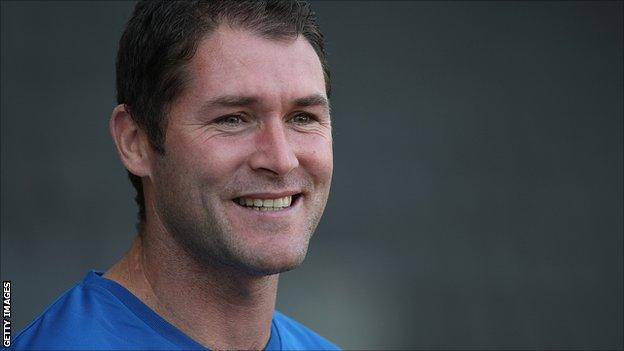 Bournemouth manager Lee Bradbury says he is not putting the club at financial risk with his transfer activities.

"We are still in the black from players we sold last year," Bradbury told BBC Radio Solent.

Bradbury has seen players including Danny Ings and Liam Feeney leave during his one-year tenure but he is confident he has assembled a squad capable of challenging for promotion.

"I've made some quality additions and I'm putting together a squad that could be better than the one I had before," he said.

Bournemouth have been plagued by financial problems in the past but Bradbury says there is no danger of a repeat.

He added: "We have spent money but we have spent it wisely and have brought in two very good players this week for what we have paid.

"I take a lot of pride in signing good players and good people for this football club and it is not something I take lightly.

"That is why it has taken so long to get our targets. We put in good bids and got knocked back and it takes time, but I was determined to get the players I wanted and we have done that now."