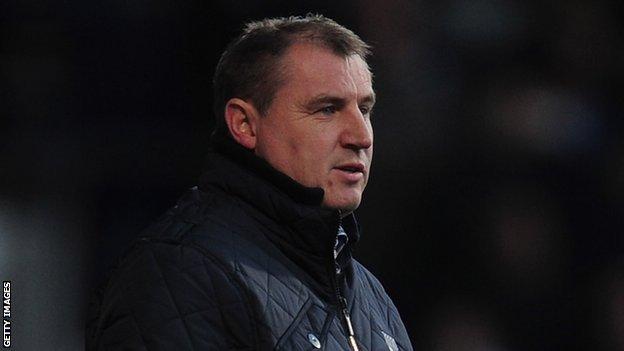 Ipswich Town boss Paul Jewell has challenged his side to build on their impressive 5-1 win over Championship leaders West Ham.

Town sealed a first win in eight games to climb two places to 19th and now prepare for the visit of Middlesbrough.

"What it means is we go into Saturday's game with confidence," Jewell told BBC Radio Suffolk.

"We've got to try and use this win and try and get a result in a really tough game at the weekend."

And the summer signing from Cardiff opened the scoring at Portman Road, netting his eighth goal of the season.

"He's looked sharp in training the last week or so," said Jewell.

"Jason can consider himself unlucky because he's done well in that role.

Town's celebrations were tempered slightly by their failure to make any last-minute signings on transfer deadline day.

"It's been very disappointing that things haven't fallen into place," he said.

"I left the house at five o'clock knowing that we had agreed deals with the club but we couldn't agree personal terms."