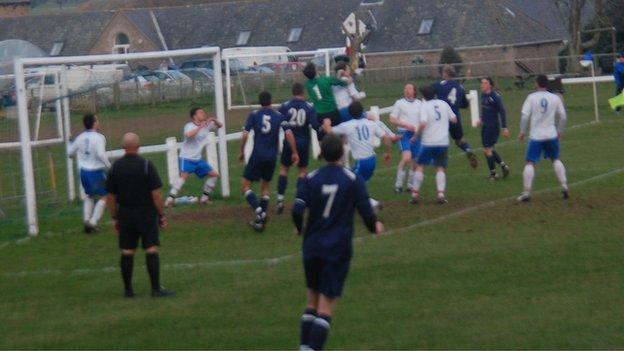 Jersey Scottish have gone 13 points clear at the top of Jersey's Premiership after a 2-0 win at bottom side First Tower United.

Ali Santos gave the Scots an early lead, with Danny Flynn wrapping up the win late on after James Scott's free-kick hit the woodwork.

Relegation-threatened First Tower have just one league victory this season and have five points from their 11 games.

In Saturday's other top-flight matches in the island, St Paul's leapfrogged opponents Rozel Rovers in the table with a 5-1 win, while Grouville overcame Trinity 4-1 and Jersey Wanderers were 3-1 winners against St Ouen.