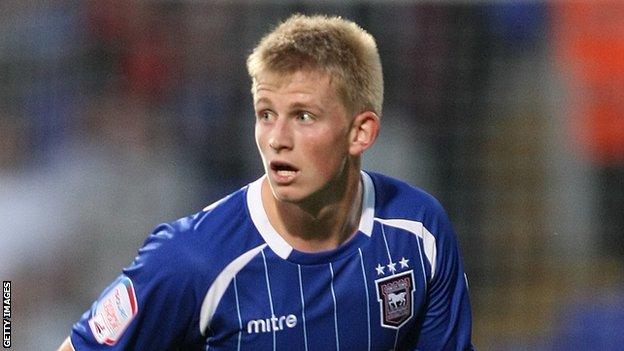 Ipswich Town midfielder Luke Hyam has signed a new one-year contract until the summer of 2013.

The 20-year-old academy product has started four of Town's last five fixtures after making just one previous appearance this season.

He made his debut in a 3-1 win over Middlesbrough in August 2010 and has gone on to feature 18 times.

"I'm really enjoying my football at the minute and it's great to be playing regularly," he told the club website.

"It was disappointing to be out of the side earlier in the season, but I've worked hard and forced my way back into the team and I'd like to think I've been rewarded with this new contract.

"The manager has told me to carry on working hard and I'm looking to become a regular in the side now."

Town are waiting for winger Josh Carson to put his signature to a three-year deal.

Fellow youngsters Jack Ainsley, a defender, and striker Ronan Murray, have committed to the club within the last six weeks.